Belgian Society of Parasitology and Protistology

With more than 1500 oral and poster presentations, the ASTMH meeting is big. To me, Peter Piot’s presentation was the most inspirational of all. He explained the history behind current HIV and malaria control strategies which formed the basis of the current concept of ‘Global Health’. Subsequent presenters kept referring back to Peter’s slides. I particularly liked his idea of a the next version of ‘Global Health’, one which addresses broader health issues with a more multi-disciplinary approach, with  PIs from the whole world instead of the US and Europe, circular migration of researchers instead of brain drain, and ‘centers of excellence’ instead of ‘study sites’.

My main aim for this ASTMH meeting was to present our paper entitled “Micro-geographical heterogeneity in Schistosoma mansoni and Schistosoma haematobium infection and morbidity in a co-endemic community in Northern Senegal” (L. Meurs, M. Mbow, N. Boon, F. van den Broeck, K. Vereecken, T.N. Dièye, E. Abatih, T. Huyse, S. Mboup, K. Polman. PLoS Neg Trop Dis. In Press). This work is part of my PhD thesis on the epidemiological, micro-geographical and immunological patterns of S. mansoni and S. haematobium infection and morbidity, which I am currently finalizing. I had presented the same micro-geographical analyses at the meeting of the Belgian and Dutch societies of parasitology of 2012, and on the first day of this ASTMH meeting, it was  accepted for publication (finally!). The presentation went relatively well. The only feedback I received was from chairman Charles King, who emphasized that it was indeed important to investigate spatial patterns of infection with both species and morbidity.

Once the stress of the presentation was gone, I could enjoy more the rest of the meeting. There were parallel symposia and scientific sessions on a broad variety of topics. I mainly attended presentations on schistosomiasis, control and elimination of neglected tropical diseases (NTDs), water, sanitation and hygiene (WASH), immuno-parasitology, all plenary sessions and some of the malaria sessions. I learnt many different things. For instance, many helminths have bacterial infections themselves. Helminths can alter bacterial microbiomes of their host whereas  some of them promote bacterial infection of the host by disrupting intestinal barriers, while others restore these barriers and appear to reduce inflammatory bowel disease. I also learnt that we actually do not know why people get sick globally, and what they die from (because it is just not recorded), and that small children in developing countries generally do not use latrines because they are afraid of the dark, they are physically too small, or because their parents do not allow them to use them.

Finally, I was happy to meet some of my fellow junior researchers I had never met in person, and to catch up with former colleagues. I also briefly met with some of the senior researchers that were sometimes really difficult to get hold of. All in all, the meeting was very interesting and encouraging.

Mathieu Claes was awarded the Avia-GIS award for the best oral presentation at the BSPP meeting on 11th November 2022 in Leuven.

Title of the presentation:IL-27 IN AFRICAN TRYPANOSOMES: A DOUBLE-EDGED SWORD IN PARASITE CONTROL. 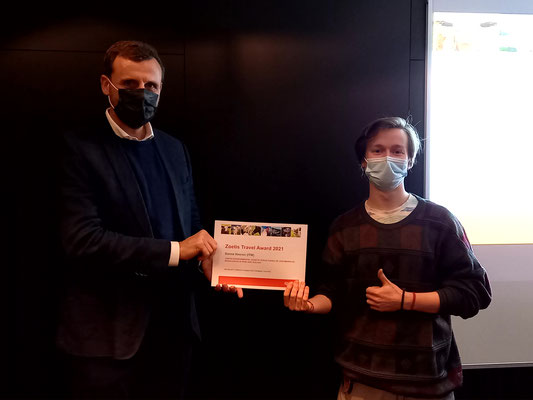 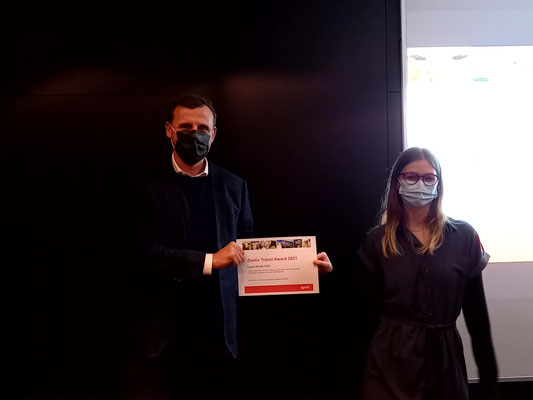 Ganna Saelens (UGent) was awarded the Avia-GIS award for the best oral presentation at the BSPP meeting on 30th November 2021 in Antwerp.

Katlijn De Meulenaere (ITM) was awarded the BSPP award for the best oral presentation at the BSPP meeting on 30th November 2021 in Antwerp.

Emilie Pollenus (KULeuven) was awarded the Huvepharma award for the best poster presentation at the BSPP meeting on 30th November 2021 in Antwerp.

Dont' forget to register for the BSPP 2021 scientific meeting on

Tuesday 30th November 2021. The meeting venue will be at campus “klooster van de Grauwzusters” (Lange Sint-Annastraat 7, 2000 Antwerpen), at walking distance from Antwerp Central station. Registration and abstract submission can be done at https://www.bspp.be/bspp-meetings/2021-in-antwerp/

The 2019 BSPP travel Grant was awarded to Dorien Mabille Laboratory of Microbiology, Parasitology and Hygiene (LMPH) to attend the BSP/BSPP/NVP Spring Meeting in Manchester, UK, 15-17 April 2019. Read about her experience here.

The 2019 Avia-Gis travel Grant was awarded to Dimitri Bulte Laboratory of Microbiology, Parasitology and Hygiene (LMPH) to attend the BSP/BSPP/NVP Spring Meeting in Manchester, UK, 15-17 April 2019. Read about his experience here.

The 2019 Zoetis travel Grant was awarded to Lieselotte Van Bockstal Laboratory of Microbiology, Parasitology and Hygiene (LMPH) to attend the BSP/BSPP/NVP Spring Meeting in Manchester, UK, 15-17 April 2019. Read about her experience here.

The 2018 Zoetis travel Grant was awarded to Irina Matetovici  (Institute of Tropical Medicine Antwerp) to attend the The European Congress of Entomology  (Naples,Italy), 2-6 July, 2018. Read about her experience here.

Guy Caljon (University of Antwerp) received the Merial Award on 18 May 2017 in Utrecht for his work on insect-transmitted parasitic infections. More info.

Title of the presentation: Molecular detection of infection homogeneity and impact of miltefosine treatment in a Syrian Golden hamster model of Leishmania donovani  and L. infantum visceral leishmaniasis.

The 2017 Zoetis travel Grant was awarded to Franck Dumetz (Institute of Tropical Medicine Antwerp) to attend the WorldLeish6 conference, Toledo (Spain), May 16-20, 2017.

Read about his experience here.